Walk Into a Storm Review

Following a pair of critically lauded LPs and a rapid rise to Americana's upper tier, the Lone Bellow return with album number three. Signified by a move from Brooklyn to Nashville, 2017's Walk Into a Storm sees the hearty trio vying for a more thorough permeation into country music's roots as they set up shop in RCA's hallowed Studio A with old-school authenticator Dave Cobb (Sturgill Simpson, Jason Isbell) behind the boards. New habitat aside, the band's formula remains intact as they deliver the gutsy three-part harmonies and foot-stomping folk-soul that have become their trademark. As on previous releases, frontman Zach Williams handles the bulk of the lead vocals with singer Kanene Donehey Pipkin taking a turn on the fiery standout "Feather." The songwriting duties remain a fairly even split between Williams, Pipkin, and guitarist Brian Elmquist, with most of them listed as collaborations between the three. In an ensemble where each member is an individually talented songsmith, especially in the folk/country field, it can often come across as a street fight or position jockeying, but the Lone Bellow's knack for collaboration -- both as co-writers and co-singers -- has always helped to identify them more as a band than a collective. Their unified approach remains one of their greatest assets. That said, Walk Into a Storm gives the impression of an early-career plateau having been reached. Yes, they're boldly singing their hearts out in a manner very similar to their first two releases, but the whole affair somehow feels less hungry or inspired. In place of top-shelf material, they rely on heaps of dynamic gusto and elegant arrangements to get the point across. In working with Cobb, the Lone Bellow assured a dependably warm presentation for their music without quite delivering the magic. It may be that they've settled a little too comfortably into their initial level of success and settled for keeping the machine running, but whatever the case, Walk Into a Storm seems like a misstep for the band. 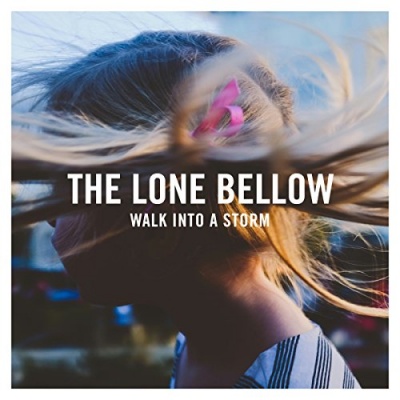 Walk Into a Storm Album Information