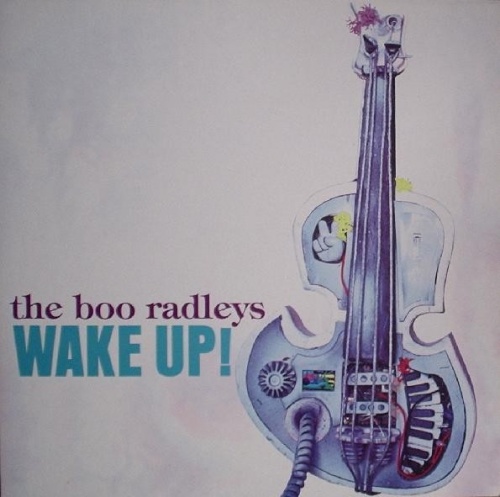 With their third album, the Boo Radleys abandoned the overt noise that obscured the pop sensibilities of their early work and scaled back the ambitions of Giant Steps. The result is Wake Up!, a glorious, brightly colored gem of a pop record. From the Beach Boy harmonies and trumpet fanfares of the opening "Wake Up Boo!" to the closing epic, McCartney-styled ballad "Wilder," the group winds through many styles of British pop. Much of the darkness -- both musically and lyrically -- of their previous music has been lifted; in its place is a sterling piece of pure pop, with all the big choruses, bright melodies, and simple hooks that word implies. Giant Steps had elements of this grand pop, yet it tried too hard. Wake Up! doesn't try for as much, and in doing so, it achieves more, both musically and commercially -- upon the release of the album and the "Wake Up Boo!" single, the Boos became genuine Top Ten pop stars in England. The Boo Radleys were always a band with ambitions. The only difference with Wake Up! is that they finally fulfilled them.