Ricky Martin's Spanish-language 1998 set Vuelve is the predecessor to the self-titled English-language album that would propel him to iconic status in the U.S. the following year. Vuelve, however, is much more of a Latin album than a pop album, and effectively balances red-hot Latin dance numbers with melodramatic ballads. The album's main highlight is the unforgettable, unstoppable "La Copa de la Vida," which is the song he chose for his now legendary show-stopping Grammy performance. The version on Vuelve is the original -- miles better than the English-language, remixed version which resurfaced on Ricky Martin. The version here includes all the bells, whistles, horns, trumpets, and percussion that anyone could want from such a carnival-esque song. Other highlights include the intoxicating album opener "Por Arriba, por Abajo," the hit "La Bomba," and other fast-paced gems, such as "Marcia Baila" and "Lola Lola." Some of the ballads lean toward the forgettable (especially during the album's second half), and his version of Michael Bolton's Hercules theme "Go the Distance" (here titled "No Importa la Distancia") is pure schmaltz. Other ballads, however, fare a little better, such as the melodramatic yet effective "Corazonado," the brooding piano and string ballad "Hagamos el Amor," and the Sting-esque "Casi un Bolero." All in all, this engaging and beautifully produced album, despite a few lulls, emerges a winner. 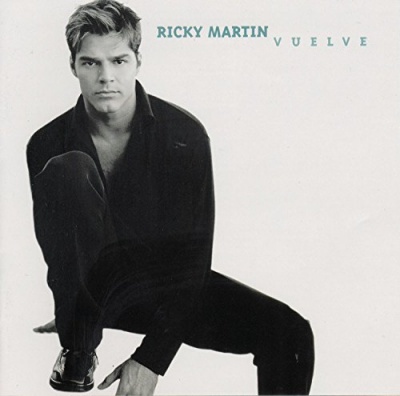