With the cheers and huzzahs from their 1976 one-off reunion still resounding, the reconstituted Miles Davis Quintet minus Miles went on the road in 1977, spreading their 1965-vintage gospel according to the Prince of Darkness to audiences in Berkeley and San Diego, CA. In doing so, Herbie Hancock, Wayne Shorter, Ron Carter, and Tony Williams, plus interloper Freddie Hubbard seem to pick up where they left off, with a repertoire mostly new to the five collectively and developed from there. It isn't exactly the same -- you miss Miles' brooding presence and sense of space in Hubbard's busy, fiery playing, and Hancock is a more harmonically daring, assertive player than he was with Miles -- but the interlocking telepathy and individual virtuosity of the musicians is pretty amazing. This also isn't the best tape from the tour; they were even tighter and more volatile in Japan five days later on Sony's Tempest in the Colosseum. The V.S.O.P. tours amount to a pit stop in the general shape of Hancock's evolution, but their influence upon the direction of jazz as a whole in the '80s and '90s would be staggering. 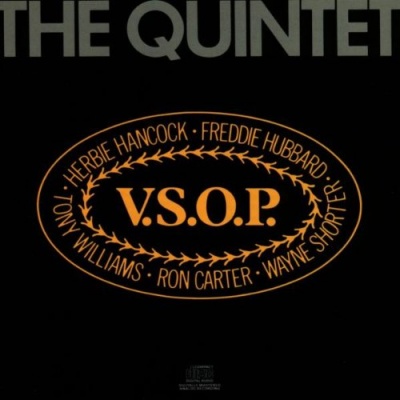