The dividing point for Kenny Loggins was, naturally, Footloose, the blockbuster 1984 hit that helped turn him into something of a teen sensation at the age of 36, and with the assistance of Michael Omartian and David Foster, he dove headfirst into synthesizers, synthesizing everything outside of backing vocals and chicken-scratch guitars. Occasionally, he tossed a glance back to the yacht rock of High Adventure -- "I'm Gonna Do It Right" is a nice Michael McDonald song, just given a tight sequencing; "At Last" also contains similar shimmering soft echoes -- but a good chunk of Vox Humana is bombastic and brittle, a somewhat pathetic attempt to inhabit the sound of 1985. Naturally, this desperation kept it from being a true hit -- the title track just barely cracked the Top 30 -- but all those stylistic cutting-edge flourishes that kept it off the charts are the reason to listen to it all these years later: it says 1985 like no other album can. 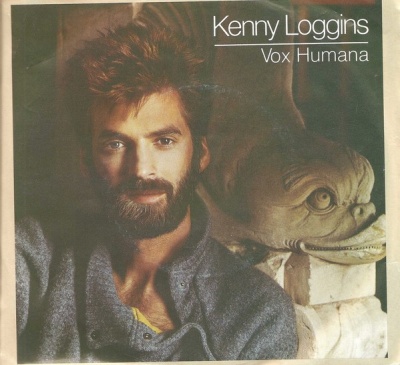