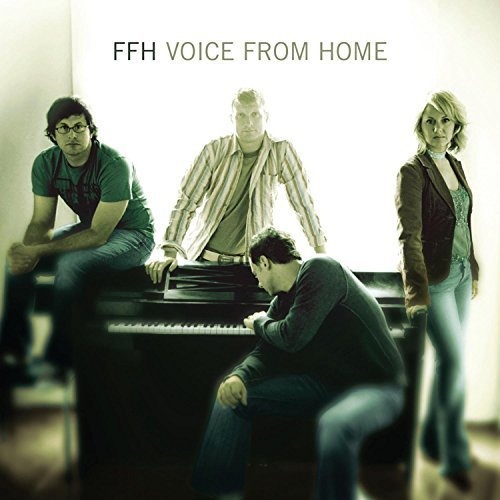 Voice from Home is an intriguing concept album from the piano-based pop group, whose prolific recording schedule has produced a string of CCM hits since the late '90s. All of the songs on Voice are written from the perspective of God speaking to His children. The lyrics are scripture-based and simplified to offer messages of love, support, and heavenly perspective. For FFH to step back and take a different approach to their songwriting meant finding fresh life without simply adding a couple of instruments or a guest vocalist -- in other words, doing something new with the same old sound. For the better part of a decade, the group has tended to stay within its power alley of rock that doesn't rock too hard and vocals that impress but don't steal the spotlight. And though Voice is hardly a large departure, it still serves as credit to songwriters Jeromy Deibler, Mark Vogel, and Michael Boggs for successfully reinvigorating their sound without gimmicks. Some may think FFH owe their sound to fellow piano/guitar acts like Daniel Powter and Gavin DeGraw, but it's actually the opposite. Mainstream acts finally caught up to the golden sound that this quartet has been putting out for the better part of a decade. Fans of Michael W. Smith's and Avalon's 2006 albums (both named Stand and released within two months of each another) will likely enjoy the motivational messages and cheerful, upbeat tempos. "Worth It All" made it onto the group's 2007 greatest-hits compilation, but "Take a Chance" is the album's true highlight, with a jump in tempo halfway through and an earnest invitation to let go of vices.