Replacing Steve Walsh with singer/keyboard player John Elefante, Kansas demonstrated that they could carry on by scoring their biggest hit in four years with the Top 20 "Play the Game Tonight," the leadoff track from Vinyl Confessions. Like now-undisputed group leader Kerry Livgren, Elefante was a born-again Christian, however, and his involvement in the songwriting turned the group decisively toward religious lyrical sentiments, often of a judgmental, us-versus-you nature. It's possible that fans who had been happy to accept the notion that "we are dust in the wind" were less patient with the ideas expressed in Elefante's "Face It" ("How many times do I have to tell you?") or Livgren's "(You're Standing on The) Borderline." Or maybe it was just that it was getting hard to distinguish Kansas from Foreigner and Journey. In any case, Vinyl Confessions was Kansas' first album since their debut not to go gold. 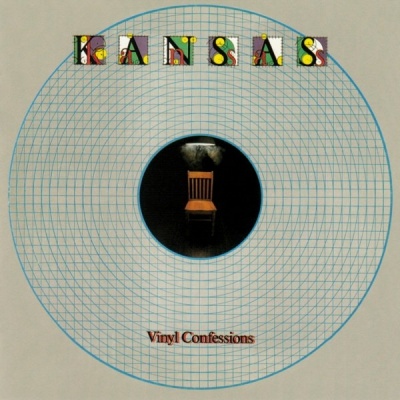