Taking his My Cousin Vinny persona to the mic, actor Joe Pesci actually comes off more like Raging Bull's human-punching-bag, foul-mouthed brother Joey LaMotta on the 14-track Vincent Laguardia Gambini Sings Just for You. Slapping together a set of songs that seems to exist primarily as a showcase for Pesci's penchant for the word "f*ck" and its variants than any real musical aspirations, Pesci and crew work their way through a series of horn-filled retro and contemporary tunes (there's even a very weak stab at gangsta rap, circa 1989). Because Pesci was a lounge singer before he waxed his thespian skills, Just for You occasionally swings and bops in all the right places. But his nasally New York tones translate directly onto record about as subtly as a mob hit, burying everything around it in a mound of failed songs and lame jokes. 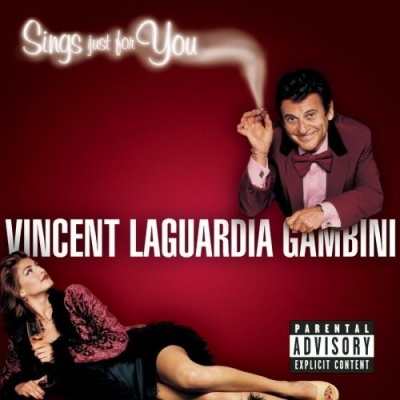