On April 14, 1998, Aretha Franklin, Mariah Carey, Celine Dion, Shania Twain, and Gloria Estefan gave a concert at the Beacon Theater in New York. The one-time event wasn't an accident -- the five vocalists were recruited by the cable music network VH1 to raise money for Save the Music, their education charity. Hyped extensively in the press, the event was a ratings' winner for VH1 -- so successful, in fact, that the network arranged to have the concert released on disc and tape in October 1998. As with many self-consciously huge events, the concert didn't quite live up to its potential, yet it came tantalizingly close. It was well-known that Franklin and Estefan could hold their own in a live setting, but Twain, Dion, and Carey also hold their own. True, the album was probably polished in the studio, but that doesn't negate the value of the music. Perhaps it was inevitable that the disc emphasizes Carey, Estefan and Dion, since they all record for divisions of Sony, the corporation that owns Epic, but VH1 Divas Live doesn't sound like corporate greed or egos run amuck. Instead, it's a balanced, entertaining record, filled with hits, plus nice touches like Celine Dion's "River Deep, Mountain High," Franklin and Carey's surprisingly soulful "Chain of Fools," plus Carole King's cameos on "You've Got a Friend" and "The Reason." At the end of the disc, everyone sings "A Natural "Woman" and "Testimony," providing a nice (if slightly anticlimactic) capper to a fine record. Ultimately, the match of the divas wasn't a monumental event, but there was plenty of good music that night, as VH1 Divas Live proves. 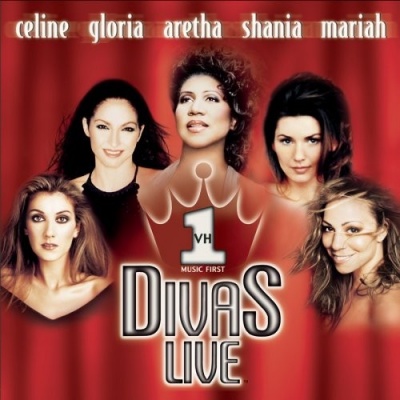