As in their first album, V2 shows the Vibrators taking the driving energy of punk and applying it to songs that have a subtle, pop-like quality; while it does not have the wonderfully brash and itchy cohesiveness of Pure Mania, it's a solid album well worth hearing. The songs are mostly catchy and listenable, the lyrics are as capable as those in the group's previous release, and the arrangements have much more variety and color than most punk records of the time do. "24 Hour People" sports Chuck Berry-style guitar licks and 1960s-derived backing vocals, "Public Enemy No. 1" and "Fall in Love" are less punky and more straightforward rockers, "Feel Alright" has a 1960s garage band-style chorus, and "Nazi Baby" audaciously adds strings to the fast, almost danceable music. The only really ineffective excursion on this album is "Troops of Tomorrow," a slow, menacing number that somehow gets too thick for its own good and is further marred by an excessively lengthy opening section. 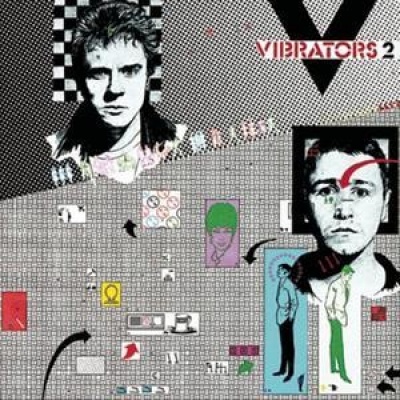