Up, Up and Away Review

Released in 1967, the first album release from the often maligned though talented and singular group the 5th Dimension was also a feature for Jimmy Webb, who contributed to one track and arranged and conducted the whole effort. The most well-known song remains one of the finer songs of the decade; "Up-Up and Away" matched the group's gorgeous harmonies, with a great and ethereal yet full-bodied production. Despite that groundbreaking song, Up, Up and Away is mostly the group finding their sound with mixed results. Their cover of the Mamas & the Papas' "Go Where You Want to Go" is such a carbon copy, Billy Davis, Jr. probably wore one of John Phillips' big hats for the session. Their cover of "Poor Side of Town" is pointless, and the Motown-inspired "I'll Be Loving You Forever" comes off forced and as phony as a sack of three dollar bills. Up, Up and Away was certainly commendable for the style forged here, but even better work was ahead for the group. 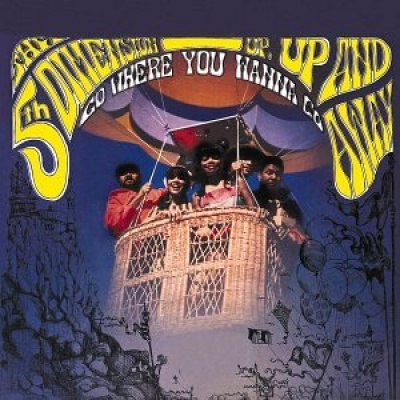 Up, Up and Away Album Information