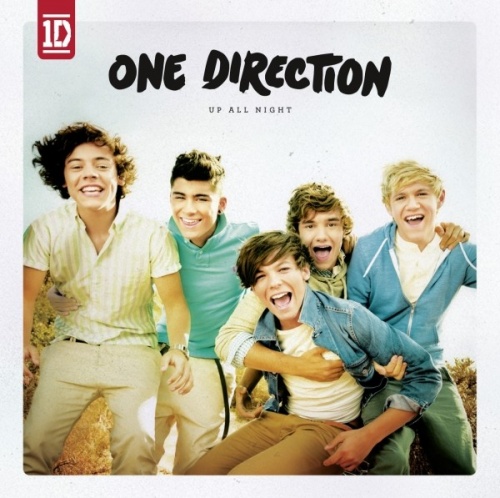 With 2010 X-Factor winner Matt Cardle's career self-imploding before it began due to his publicly declared negative perceptions of the show, and runner-up Rebecca Ferguson's career taking a softer, more critically acclaimed route, it was third-place band One Direction who became the true winners of the 2010 series of the show, commercially speaking. Nothing was more evident of this than the fact that their mentor, Simon Cowell, offered the five-some a £2million recording deal, double what they would have received had they won. By Christmas 2011, One Direction had branded, well, everything, with their trademark. Like JLS, the Spice Girls, and many before them, the band had their own calendars, Christmas cards, beach towels, and much, much more. Most notable, however, was their music. In September 2011, the band had an unstoppable number one single, "What Makes You Beautiful," an effervescent and fresh tween love song that created a true fan base for the group, composed of Niall Horan, Zayn Malik, Liam Payne, Harry Styles, and Louis Tomlinson. One Direction's debut album, Up All Night became the must-have release for both X-Factor fans and tweens, and for good reason, since it was a top-quality, mass-market-ready debut. Sound-wise, the band's music drifts between the glossy, synthed-up tracks recorded by the Saturdays on their album On Your Radar, and the anthemic pop Kelly Clarkson has made so famous on her All I Ever Wanted" album: Up All Night is definitely full of radio-ready, chorus-driven, songs: highlights include the soaring RedOne number "Save You Tonight," and "Tell Me a Lie," surprisingly written by the aforementioned Clarkson. Up All Night is a classic boy band album, full of those lite rock filler tracks that tweens play in their bedrooms late into the night, and the songs are actually quite good, particularly the Toby Gad collaboration "Taken" and the ballad "Moments," featured only on the Yearbook version of the album. The second single, "Gotta Be You," is unfortunately a bit tepid. Still, the One Direction brand is polished, pretty, law-abiding, and perfectly age-appropriate: On the title track, the boys chant about staying up all night "dancing" because "Katy Perry is on replay," and upholding a squeaky-clean Jonas Brothers-esque image that the band has worked so hard to build. This is for the best. By making this album perfectly inoffensive, artistically ambiguous, and freakin' adorable, One Direction is perfectly positioned to take the world by storm and prove that no matter what the televised results originally concluded, they have the "X-Factor" necessary for success.