When Jamie Foxx released his first album in 1994, he was a star on In Living Color with a decent-sized following who declared, "No, really, he can sing -- he's alright!" A decade later, Foxx was a major movie star who had impressed Clive Davis enough to be offered a new recording deal. Though he didn't release any albums during the intervening years, Foxx was determined to stay active in music and collaborated with Adina Howard, Gladys Knight, and Melvin Riley. He appeared on the Any Given Sunday soundtrack, made a minor breakthrough on Twista and Kanye West's "Slow Jamz," and then became a superstar with his portrayal of Ray Charles in Ray. Just when it seemed like he'd spend the remainder of his recording career as a Ray Charles impressionist, he put together Unpredictable, his second solo album. Now packing major clout as a recording artist, Foxx received big-name production help from Mike City, Timbaland, and Sean Garrett, along with guest spots from Twista, West, the Game, Ludacris, Common, Snoop Dogg, and Mary J. Blige. Though he fits somewhere between R. Kelly and Ginuwine, Foxx has more than enough personality and talent to defend his music against accusations of opportunism. He can belt and proclaim with authority, but he's best when he's smooth and mellow -- an asset, to be sure, since not many modern R&B vocalists trade in subtleties. Lyrically, Foxx is not subtle -- he's a freak who at least balances the crude ("Make you turn around and touch your toes/The next thing, girl, you already know") with the silly ("I know you're used to dinner and a movie/Why not be my dinner while makin' a movie?"). Unpredictable is actually predictable in that all but one of its tracks have something -- or a lot -- to do with baby making. Foxx drops the salaciousness near the end and proves that he can do teary eyed adult contemporary with as much ease as the bedroom material. 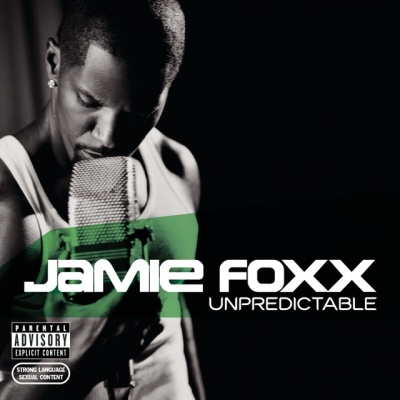