Unleashed in the East Review

Judas Priest's first official live recording has always been met with equal amounts of acclaim and controversy: acclaim from those who consider it an excellent summation of the metal legend's 1970s output, and controversy from the critics and industry insiders who criticized what they believed to be a heavily overdubbed and studio-enhanced performance, mockingly naming it Unleashed in the Studio at times. Before delving deeper into this issue, let it be said that except for a few unfortunate omissions ("Hell Bent for Leather," "Better by You, Better Than Me") the track listing here is quite impressive. Along with powerful versions of such storming anthems as "Exciter" and "Running Wild," the band delivers the definitive version of the prog metallic "Sinner," and competent versions of their popular covers tunes, "Diamonds and Rust" and "The Green Manalishi (With the Two-Pronged Crown)." Interestingly, most of the tracks from the classic Sad Wings of Destiny fall short of their mark, however, perhaps because they forfeit heaviness at the expense of speed. As for the "live" dilemma, in the late '90s estranged singer Rob Halford would claim in interviews that, while the band's playing was indeed recorded entirely live, his vocals had been ruined in the original mix, forcing him to re-record them in one take in a concert-like setting. If this was the case, it would hardly be the first or most severe case of studio interference on a live recording, and fans seeking a concise, nearly flawless collection of Priest's 1970s hits will not be disappointed. 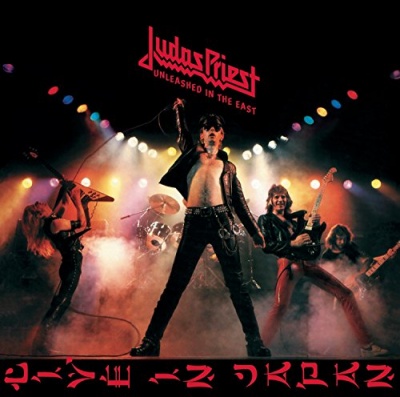 Unleashed in the East Album Information