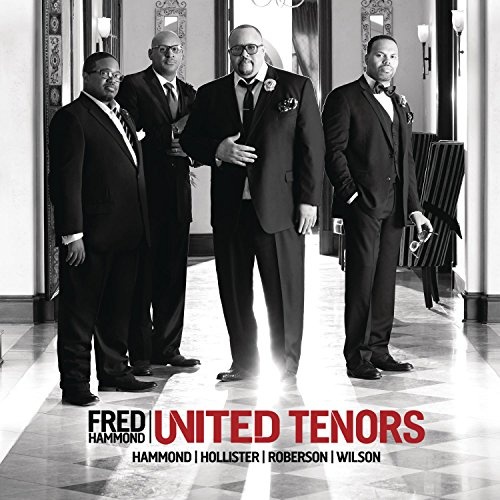 Kicking off with the tight and funky number "Unshakeable," United Tenors could be mistaken for one of Fred Hammond's Commissioned albums at first, but when the R&B harmonizing comes in on the hit single "Here in Our Praise," the difference is obvious. Here, multi-Grammy, multi-platinum leader Hammond is joined by well-known singers Dave Hollister, Eric Roberson, and Brian Courtney Wilson for the gospel quartet version of Blackstreet, the group which Hollister was a member of. The hip production touches that Hammond often employs on Commissioned releases are repeated here with scratching, sampling, and cool rhythms -- check "I'm Reminded," which is somewhere between a Drake song and something from the New Jack Swing era -- all figuring into the mix. Still, when reverence is required, the music is warm and comfortable, making this all-star combo's debut varied as well as verity. Perhaps they're too much of a group at this point, with only a few showcase opportunities given to the individual members, but anyone who's made the move from Guy or Gap Band to gospel is likely to embrace Hammond's vision.