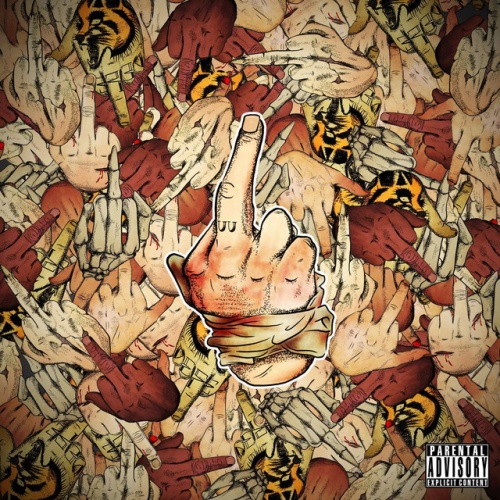 During the grinding track "Great Influence," Miami rapper Pouya tells his listeners not to bother listening to their parents, which explains his target audience about as well as all the middle fingers on the cover artwork. His 2016 album, Underground Underdog, sounds like a demo passed around to sullen teens who idolize Eminem and hunger for that big-money lifestyle, minus the highlight "Badonk," which comes with the veteran crunk crew the Ying Yang Twins, plus an almost-disco beat. The track is a keeper, and the rest of this raw LP is refreshingly free of any tacked-on Drake, T-Pain, or Mike Posner features, but tracks like "41" and -- believe it or not -- "Lick the Sweat Off My Nuts" are insular, dark, and depressed to the point of becoming antimatter, sucking all the fun out of making money and going to strip clubs. Think of Pouya as Brokencyde without the budget, or a young Larry Flynt without the panache, because Underground Underdog is dirty, disgusting, and damn proud of it.