Under the Red Sky Review

Dylan followed Oh Mercy, his most critically acclaimed album in years, with Under the Red Sky, a record that seemed like a conscious recoil from that album's depth and atmosphere. By signing Don Was, the king of mature retro-rock, as producer, he guaranteed that the record would be lean and direct, which is perhaps exactly what this collection of simplistic songs deserves. Still, this record feels a little ephemeral, a collection of songs that Dylan didn't really care that much about. In a way, that makes it a little easier to warm to than its predecessor, since it has a looseness that suits him well, especially with songs this deliberately lightweight. As such, Under the Red Sky is certainly lightweight, but rather appealing in its own lack of substance, since Dylan has never made a record so breezy, apart from (maybe) Down in the Groove. That doesn't make it a great, or even good, record, but it does have its own charms that will be worth searching out for Dylanphiles. 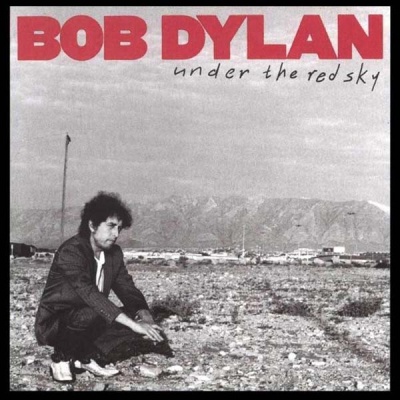 Under the Red Sky Album Information