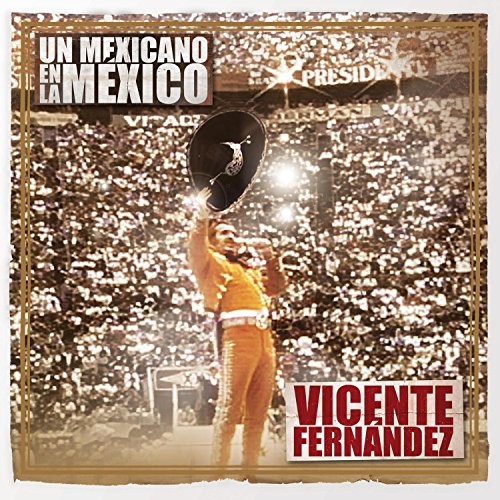 This live album, recorded at a 1984 concert in Mexico's Plaza de Toros, is a thrilling document of the phenomenon that is Vicente Fernández. The man's voice is practically a superhuman force, his powerhouse delivery of ultra-traditional ranchera material elevating these songs of love and loss, of a long-lost way of life in his country, to grand opera. Backed by a traditional mariachi orchestra (violins, guitarra, trumpets) and a male chorus, he stands in the middle of the bullring (this concert was televised in Mexico at the time, and is also available on DVD); he gestures grandly, waving his sombrero in the air as he sings the lyrics at full force, frequently echoed by the audience. The version of "Mexico Lindo y Querido" is dedicated to the then-president of Mexico to the joyous roars of the massive crowd (some 54,000 strong). The sound quality is rough, but vibrant, the arena's natural reverb giving Fernández's voice even more power than his studio recordings. A must for any fan, and possibly even a great introduction for the new listener.