"Txai" is described as a term of respect for those who are allies of the forest -- and such is the focus of this concept album, the end result of a fact-finding voyage through part of the northern Brazilian watershed. Utilizing forces ranging from a simple dialogue between Milton Nascimento's baritone and percussion to a large orchestra and chorus (often arranged by Wagner Tiso), Nascimento shares his thoughts about the rivers and nature, ultimately warning us not to let the forces of capitalism destroy the Amazon rain forest (reinforced by a spoken passage written and narrated by actor River Phoenix). The songs are separated by wild-sounding interludes of folk music from the peoples of the region, and there is a fascinating vocal/percussion arrangement of Heitor Villa-Lobos' "Nozani Na." As much as one applauds the sentiments and sincerity of Nascimento -- and as much as one wants to enjoy this record -- one is still forced to admit that despite the unity of conception, Nascimento's own material isn't as strong as it could have been. But the record's ambition and the continued allure of Nascimento's voice will commend it to the dedicated fan. 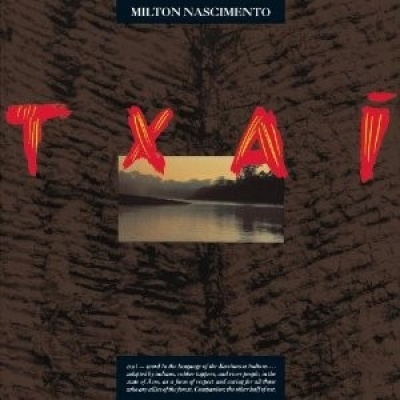