Two Steps from the Move Review

Had Razzle not died so tragically, there's every reason to believe that Hanoi Rocks could easily have taken things to the next level of hard rock glory. As it is, Two Steps from the Move will have to remain a testimony to what might have been instead of a further springboard. "Up Around the Bend" may have been little more than an easy way of getting a chart hit, but they still got one nonetheless, and the energetic way the band handled the CCR classic showed they were no slouches with the material. Working with Bob Ezrin was the more notable change here; with Dale Buffin Griffin and "Overend" Pete Watts having given Hanoi Rocks their best production yet with Back to the Mystery City, the legendary hard rock producer showed he still had the touch with his work on Two Steps from the Move. He also seemed to have his hand in all the band's doings -- nearly all the songs on the album are co-written efforts between Ezrin and various bandmembers, while he contributes everything from percussion to vocals. Given that Hanoi Rocks never made any pretense at being immediate and catchy, it's hardly a case of selling out, more a matter of a pro making everything better -- and that he does. In terms of combining the attitude, gang shouts, punk energy, and classic rock burn of the band, things couldn't be better -- Monroe sounds phenomenal, the McCoy/Suicide guitar team comes up with some great riffs and even better trade-offs, and the Yaffa/Razzle rhythm section keep it all chugging. Highlights: "Boiler," a perfectly saucy tale about one's lady love using a bit of Brit slang, the heavy-duty strut and stomp of "I Can't Get It," the tearjerker-with-feedback "Don't You Ever Leave Me," and "Boulevard of Broken Dreams," as perfect a neo-Mott the Hoople anthem as any. 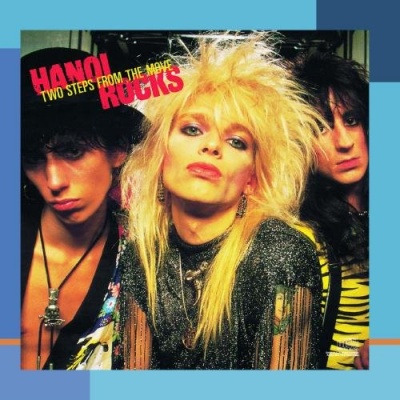