Brandy could have released another adult contemporary-oriented set, or linked with the dance-pop producers who have boosted many of her fellow artists. Instead, she made a modern R&B album. Even Two Eleven's most upbeat and commercial song, "Put It Down" -- a blocky, bass-heavy number featuring Chris Brown and production from Bangladesh and Sean Garrett -- was aimed more at urban radio than mainstream Top 40 stations. It became the singer's first Top Five R&B/Hip-Hop single in ten years, and it sticks out on an album dominated by aching ballads and grown slow jams. She took something of a risk by breaking from her norm and working with numerous songwriters and producers -- a large cast that includes Rico Love, the Bizness, MIDI Mafia, Warryn Campbell, Mario Winans, and Frank Ocean. It paid off. Much of what resulted teems with assurance and empowered, shot-calling sexuality. "Slower," produced by Switch and co-composed by Chris Brown, slips and slides with a dazzling backdrop. Brandy scuttles between relaxed and rapid modes to equally stimulating effect, following "Come here, let mama bring you up to speed" with "I know you wanna beat it up, but I'm sorry, that ain't really my thing." A piano ballad sheathed in synthetic tom rolls, gauzy guitar, and heavily treated background vocals, "Paint This House" carries some awkward and corny metaphorical/literal cross-ups but is too gorgeously arranged -- make that sculpted -- to be taken as anything other than an album high point. On the slow-motion "Do You Know What You Have," Brandy gets a booming, atmospheric beat from Mike Will, fresh from Juicy J's "Bandz a Make Her Dance." In a seductively challenging manner, the singer repeatedly asks, "Do you know what you got here?" That's a good question. Months after scores of music fans went bananas over an opportunistic resuscitation of a deceased peer's studio scraps, Brandy, a superior vocalist ignored or disregarded by many of those same people, released one of her best albums. She should not be taken for granted. 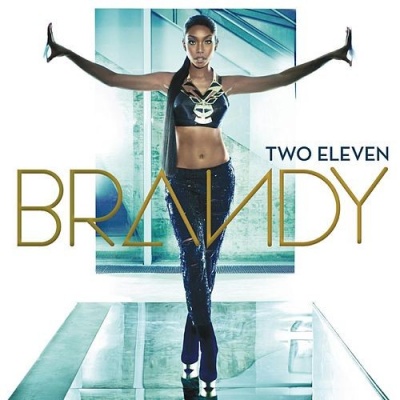