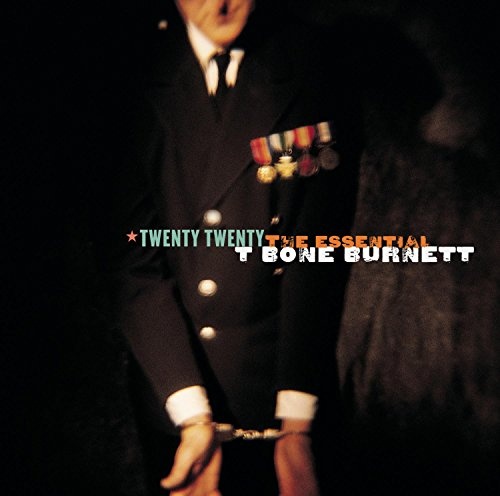 T-Bone Burnett is an artist whose reputation among critics, fellow musicians, and discerning record-buyers has cast a far longer shadow than his visibility among casual listeners for the better part of four decades. As a lyricist, Burnett has few peers; his sharply etched, intelligently witty, and very human meditations on love (both romantic and divine), compassion, corruption, and greed in our culture dig deeper than most other writers of his generation, but roll gracefully off the tongue with a grace that never quite belies their philosophical heft. Burnett's musical instincts are as sure as his lyrical sensibility (the fact Pete Townshend, Richard Thompson, David Hidalgo, Jim Keltner, Mick Ronson, Marc Ribot, and some guy called Bono have all guested on his records suggests he's well regarded by folks who know), and his gifts as a producer are such that he managed to turn bluegrass into a 21th century cultural phenomenon with the soundtrack to O Brother, Where Art Thou? Simply stated, this man deserves a wider audience, and Twenty Twenty: The Essential T-Bone Burnett is a compilation assembled with Burnett's participation designed to provide a one-stop introduction to his music. This is a noble enough idea, and there's no shortage of superb music included on this package -- 40 songs and nearly two and a half hours of music are crammed onto two CDs, with a thick accompanying booklet featuring a gushing profile from writer Bill Flanagan and notes on each tune from Burnett himself. The set is admirably comprehensive, featuring cuts from two of the three hard to find albums Burnett made with the Alpha Band in the mid-'70s, excellent selections from the five albums and two EPs he released between 1980 and 1992, and three unreleased cuts. (Completists will, of course, grumble that he chose not to include anything from his misbegotten debut album, 1972's The B-52 Band & the Fabulous Skylarks, whose opening cut, "We Have All Got a Past," certainly merits preservation.) However, for beginners this is almost too comprehensive to be useful -- the right 20 tunes would have been a superb introduction, but this seems a bit more like a poor man's box set that lost its third disc somewhere. Also, while many regard 1983's Proof Through the Night as Burnett's finest album, the LP has never been given a CD release, and the presence of seven cuts from that album on Twenty Twenty is doubtless a major selling point for longtime fans. However, five of those seven songs have been extensively overhauled by Burnett, with dramatically different remixes (hope you didn't like the drumming on "The Murder Weapon," since it's been wiped away), new overdubs, new vocal tracks, and in the case of "Hula Hoop" some new lyrics, leaving listeners to debate if this represents an artist's prerogative or messing with history (T-Bone, shake hands with George Lucas). Twenty Twenty: The Essential T-Bone Burnett certainly confirms the depth and breadth of Burnett's talent, but it also plays out as too much of a good thing.