Conveniently released as his career comes full circle, Twenty Ten is the first greatest-hits collection from the original Australian Idol, Guy Sebastian, who has recently returned to his talent show roots, this time as a judge, on his homeland's version of The X Factor. Initially awarded a six-album deal, it's a testament to his vocal abilities and songwriting skills that, unlike many of his fellow winners, he's remained popular enough to see out his rather ambitious Sony contract, scoring five number ones since his victory in 2003. This comprehensive two-disc, 30-track collection, which reveals a subtle and natural progression with each album, explains why he's managed to survive once the show's publicity machine died down. Three tracks appear from his debut, Just as I Am, including first single power ballad "Angels Brought Me Here," the biggest-selling song of the decade, alongside a re-recorded version of his most well-received Idol performance, "Climb Every Mountain," all of which sound as formulaic and generic as you'd expect from an Idol winner. But like his U.K. counterpart, Will Young, Sebastian showed that he was more than just a pop puppet for album number two, the R&B-influenced Beautiful Life, which featured co-writes with the likes of Robin Thicke, Rahsaan Patterson, and his own idol, Brian McKnight. Its three singles, the funky "Out with My Baby," the jazz-fused "Oh Oh," and the acoustic slow jam "Kryptonite," are all included here, showcasing a more authentic soul voice that had previously been smothered in layers of MOR production. It's a sound that he surprisingly abandoned on third genre-hopping album Closer to the Sun, represented here by the melodic pop ballads "Taller, Stronger, Better" and "Cover on My Heart," the Kelly Clarkson-esque feisty rock number "Elevator Love," and the chilled-out orchestral title track, none of which really played to Sebastian's strengths. He returned to what he does best for follow-up The Memphis Album, a collection of Memphis soul covers produced by Booker T. & the MG's guitarist Steve Cropper, where he impressively more than held his own on heartfelt and passionate renditions of Al Green's "Take Me to the River" and Sam & Dave's "Hold On! I'm Comin'." Five tracks appear from his most accomplished album to date, Like It Like That, which was inspired by its predecessor's authentic classic soul sound, including "Art of Love," an emotive duet with American Idol Jordin Sparks and the brilliant Brill Building pop of the title track. Unfortunately, the Eve-featuring "Who's That Girl," one of two new tracks on the album, surrenders to the David Guetta-style electro-R&B sound that's become annoyingly ubiquitous of late, but the bluesy James Brown-esque "If I Really Loved You" and the bonus disc featuring acoustic reworkings of ten of his hits suggest this is just a momentary blip. Sebastian has failed to make any impact outside Australia, but as the consistent Twenty Ten proves, his joyous, effortless, and soulful vocal talents deserve to be heard by a much bigger audience. 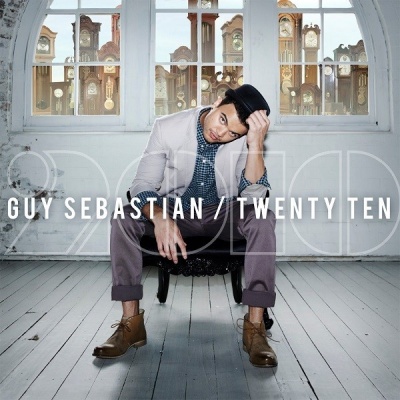