Released during the summer of 1980, just as the hits from Michael's Off the Wall were sliding off the charts, Triumph became the Jacksons' first Top Ten pop album since 1972's Lookin' Through the Windows. This despite the album-opening "Can You Feel It," promoted with a spectacle of a video that made the Jacksons into gigantic superheroes capable of transforming bridges into bendable rainbow tubing, stalling at number 77 on the Hot 100. It didn't make much of an impact on the R&B chart either, but then again, its supernatural anthemic stomp is more a fireworks program finale than something as small scale as a mere single. As on 1978's Destiny, the Jacksons wrote and produced the material, this time with keyboardist Greg Phillinganes bumped up to associate producer, and with an uptick in star backing -- including but not limited to Ronnie Foster, Phil Upchurch, Webster Lewis, Michael Boddicker, and Ollie Brown, as well as Triumph holdovers Michael Sembello, Thomas Washington, and Nathan Watts. The other singles, including "Lovely One" (very nearly "Don't Stop 'Til You Get Enough" reheated) and "This Place Hotel" (an elaborate six-minute affair, written and arranged by Michael, that could have easily swollen to greater length) propelled the album into sales greater than that of Destiny, and it's equally durable (and markedly slicker) all around. 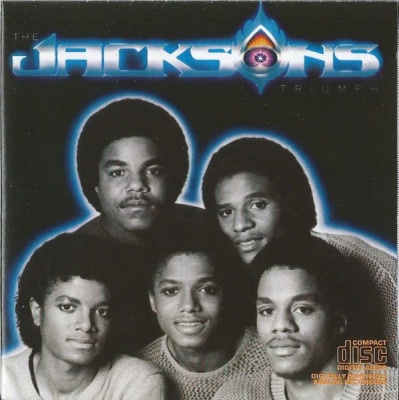