Nothing fancy here at all, but usually when Sony International -- or Sony in the U.S. for that matter -- slaps together two or three catalog titles in a single package, it's basically a yawn for the consumer, the reason being that fans usually have the material already and the set is nothing more than an inventory-clearing exercise by the label. In this case, however, it's something rather special. Of these three Freddie Hubbard recordings -- 1970's classic Red Clay and Straight Life and 1971's First Light -- only Red Clay has remained constantly in print on both sides of the Atlantic on CD. These are the collector's series reissues with bonus tracks, the sound is very strong, and these are all considered among Hubbard's greatest jazz-funk dates for Creed Taylor's CTI. For fans seeking the music and not the vinyl issues, these are cheap and easy to find on the Internet. Snag 'em. 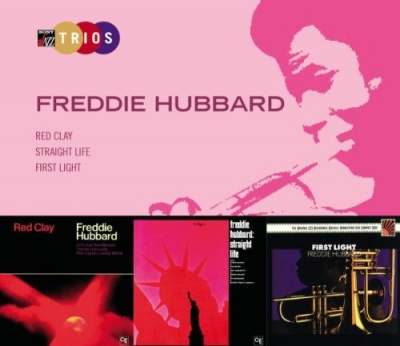