Three years removed from American Idol, Adam Lambert is finally allowed to shake off the pageantry of the televised talent competition and dive into glitter on his second major-label album, Trespassing. There's a distinct lack of ballads on Trespassing -- they're clustered toward the end of the record, sometimes given a spangled once-over by producer Dr. Luke so they don't feel staid, sometimes hinting at the chilly, austere vistas of Ryan Tedder but sounding grander, warmer in the hands of Lambert. Here, the distance from the stuffiness of Idol is apparent but the heart of Trespassing lies in the first two-thirds of the album, when Lambert is strutting like a glam-disco diva, sparring with Dr. Luke and Pharrell Williams, belting out his hooks with an easy confidence. And he's got some great hooks here, too: big, bright, insistent hooks powering songs that revel in their sleaziness. Lambert matches their appeal, singing with an untrammeled joy suggesting that he's relishing an opportunity to make modern dance music. Williams is his greatest foil -- "Trespassing" and the Michael Jackson-via-Justin Timberlake "Kickin' In" grab immediately -- but that's not to slight the rest of the record, particularly the pulsating Nile Rodgers-fueled funk "Shady" and mirror-plated pop of "Cuckoo." Even if these songs never grace the charts, they sound like inevitable hits and prove that Lambert is a genuine pop star who has now left American Idol far behind. 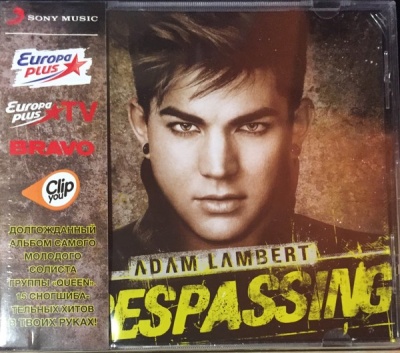