For years, decades even, Bruce Springsteen was legendary for the amount of recordings he did not release. Every time he cut an album, he recorded a surplus of songs and left some out, not always on the basis of quality, but often because they simply didn't suit the mood of the record. It was inevitable that dedicated fans and collectors would bootleg these recordings, and for many years, he was one of the most popular bootlegged artists, rivaling even Bob Dylan. Dylan released a box set of unreleased songs in 1991, paving the way for the long-overdue appearance of a similar Springsteen set, Tracks, in 1998. Spanning four discs, it isn't entirely devoted to unreleased material -- a few B-sides pop up here and there -- nor is it truly definitive, since it misses a number of key outtakes, plus his original version of "Because the Night," the sole hit for Patti Smith. Instead, the compilation is an unassuming sampling of what's in the vaults, from his early acoustic demos to polished outtakes from Human Touch and Lucky Town. Along the way, there are a number of great songs -- "Bishop Danced" is every bit as terrific as its legend, as are "Thundercrack," "Give the Girl a Kiss," "Hearts of Stone," "Roulette," and many others. Tracks merely offers fans an enjoyably sequenced selection of what was left behind. If the end result isn't as revelatory as some may have expected (even the acoustic "Born in the U.S.A.," powerful as it is, doesn't sound any different than you may have imagined it), it's because Springsteen is, at heart, a solid craftsman, not a blinding visionary like Dylan. That's why Tracks is for the dedicated fan, where The Bootleg Series and The Basement Tapes are flat-out essential for rock fans. 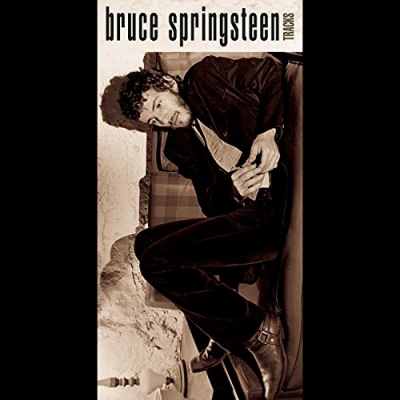