Totally Hits 2004 covers hit singles from late 2003 and early 2004, 20 songs of varying popularity and quality. This wasn't one of the best periods for pop music during the early 21st century -- the charts were dominated by mannered punk and nu-metal bands and generic hip-hop, along with sensitive singer/songwriters and post-teen pop dance-pop -- but there were a few highlights, some of which are captured here. Chief among these is Jet's "Are You Gonna Be My Girl," which may be a shameless fusion of the White Stripes and the Strokes, but it's an undeniably catchy, memorable rock song, followed by Kelis' sexy electro-robotic "Milkshake." After that, there are a few good mainstream pop and rap tunes -- Dido's adult pop "White Flag," Alicia Keys' "You Don't Know My Name," J-Kwon's woozy "Tipsy," and "Invisible," the best track from Clay Aiken's cheerfully square album Measure of a Man -- but much of this is generic. Since it's generic in a number of different genres, it does have some musical variety, but there are few songs that will be remembered long past the album's release date. And in that fashion, it is a representative cross section of the pop charts in early 2004. Side note: the Totally Hits series has always been a commercial proposition, but including Justin Timberlake's "I'm Lovin' It" -- which essentially is a full-length McDonald's jingle of the same name -- is crass commercialism at its worst. 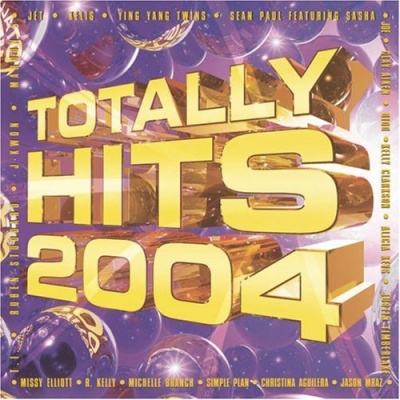