This comes across based on several of the greatest singles of 2001: Blu Cantrell's undeniable "Hit 'Em Up Style (Oops!)," Missy Elliott's unavoidable "Get Ur Freak On," Usher's cloying but effective "U Remind Me," Uncle Kracker's great Kid Rock-meets-James Taylor "Follow Me," Sugar Ray's terrific rewrite of "Every Morning" in "When It's Over," LFO's best song, "Every Other Time," Outkast's sly, funky "So Fresh, So Clean," Dido's soothing "Thank You," and, if you're generous, the remix of Alicia Key's "Fallin'," which would have made more sense if it had been featured in a version without Busta Rhymes. When second-tier singles like Dream's "He Loves U Not" follow-up, "This Is Me," Puff Daddy's silly comeback as P Diddy on "Bad Boy for Life" (let me reiterate -- no real bad boy could possibly be called something as sissy as P Diddy, even if that's what Biggie allegedly called him), Willa Ford's teen-slut anthem "I Wanna Be Bad" (the fact that her album doesn't have a parental advisory points out the inherent flaw in parental advisory stickering), Craig David's Brit-hit "Fill Me In," and Toya's "I Do!!" (not really a hit, but really good all the same) are added into the equation, this winds up as a great snapshot of the state of pop in 2001. 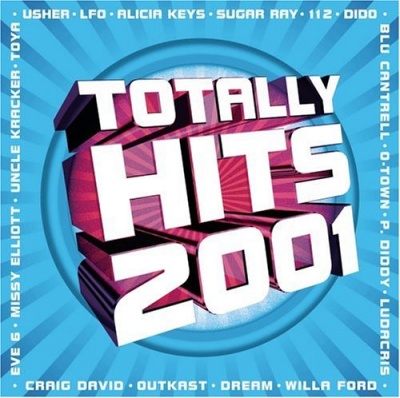