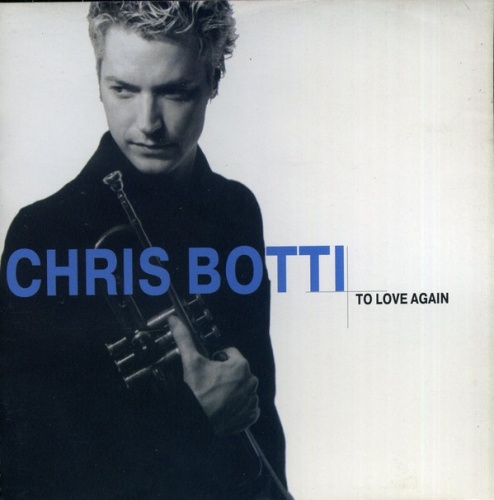 Trumpeter Chris Botti's To Love Again: The Duets picks up where his stellar 2004 release When I Fall in Love leaves off, with more gorgeously lush and heartfelt orchestral jazz via the London Session Orchestra. This time showcasing guest vocalists -- as well as a handful of instrumental tracks -- Botti takes an even more classicist approach than before and once again brings to mind such iconic jazz albums as Clifford Brown with Strings and Miles Davis' Porgy and Bess. Largely known as a smooth jazz artist with a sweet trumpet tone, it wasn't until When I Fall in Love that Botti dropped the smooth jazz synthesizers and pop-oriented compositions in favor of Gil Evans-style jazz orchestrations and an acoustic backing quartet. Subsequently, Botti made the best album of his career and didn't sacrifice any of his own laid-back smooth jazz style. In fact, having long been compared to trumpeters Chet Baker and Miles Davis for both his minimalist improvisational style and matinee idol image, this move toward more straight-ahead jazz is actually a better fit. To Love Again does nothing if not reinforce this opinion and finds Botti seeming even more relaxed and in his element. This is no more true than on the romantically melancholy lead-off track "Embraceable You," which finds Botti's horn weeping and sighing over the George Gershwin standard. The same can be said of his work with Sting on the '60s classic "What Are You Doing for the Rest of Your Life." In fact, with such a phenomenal cadre of singers -- including Michael Bublé, Paula Cole, Gladys Knight and others performing such standards as "Let There Be Love" and "Lover Man" -- there really isn't a bad track. Part of the brilliance of the album is that, while it is classicist in tone, many of the vocalists come from the pop world and give the songs a contemporary spin that rubs nicely against Gil Goldstein and Jeremy Lubbock's stylishly old-school arrangements. It also doesn't hurt that Botti is working with such phenomenal jazz talents as pianist Billy Childs, bassists Robert Hurst and Christian McBride, drummer Billy Kilson, guitarist Anthony Wilson and others. That alone makes the few instrumental tracks on To Love Again some of the standout moments on an album as much about vocals as it is about Botti's own creative "voice."