Tinto y Tiempo (Pen & Ink) is the 14th album by Uruguayan singer/songwriter Jorge Drexler. It follows the wonderfully experimental, multiple-Latin Grammy-winning Salvavidas de Hielo -- where each song explored a lone physical characteristic of the acoustic guitar -- by five years. Recorded during the pandemic, it offers a stark contrast to its predecessor: Far from sparse and minimal, it's lavish, multi-textured, and musically varied with clever, whimsical orchestral arrangements. It employs electronics and participation from an international cast of players. Tinto y Tiempo's songs explore the many facets of love, the force that sustains us all.

Opener "El Plan Maestro" offers low notes from a contrabassoon before a punchy bassline, winds, reeds, and percussion usher in poppy, cinematic Latin funk. Its lyric, sung breezily and mischievously by Drexler, portrays an imagined evolutionary moment where a one-celled organism decides to share DNA with another cell in a delightful re-imagining of sexual reproduction as a longing for communion. Panamanian songwriter Rubén Blades enters during the bridge, singing a "décima" -- an ancient ten-line Spanish verse form penned by Drexler's physicist cousin Alejandra Melfo. In "Cinturón Blanco," a band plays lounge grooves behind bubbly guitar pop, Drexler metaphorically explores the martial arts concept of earning a white belt -- unlearning accepted behaviors -- to embrace the unknown openness and growth of union. "Tocarte," the set's first single, is a collaboration with Spanish rapper/producer C. Tangana. The arrangement is sparse, using just a guitar and a handful of percussion instruments. Its lyric reveals the ache for physical contact while in isolation amid punchy beats and samples. The lyric in the title cut discusses the challenges, difficulties, and possibilities for songwriting; it's about love of and for the mysterious craft as Drexler gently expounds atop warm, rolling percussion framed by nylon-string guitars. "O Algoritmo" was co-written with Didi Gutman of Brazilian Girls and Israeli rapper/singer Noga Erez (the latter also appears on it). A jaunty, zig-zagging guitar-and-percussion chart frames a two-part harmony vocal ushering in a lounge lizard's treatise on desire, free will, and creative possibility. The protagonist even asks for guidance from a computer algorithm. "Amor el Arte" bubbles with sunny samba overtones while "Bendito Desconcierto" is a tender collaboration with Uruguayan singer/songwriter Martin Buscaglia that weds jazzy orchestral elements to bossa and modern Spanish pop. Closer "Duermevela" is dedicated to Drexler's late mother. A lullaby, it includes his children: Pablo assisted with production while Luca and Leah provided backing vocals. Though only 35-minutes long, Tinto y Tiempo is solid. Each track is linked not only by the theme of love in its many guises, but also by endlessly clever hooks, Drexler's canny charts, and unobtrusive production. Only seemingly slight, this album is ultimately one of his weightiest works. 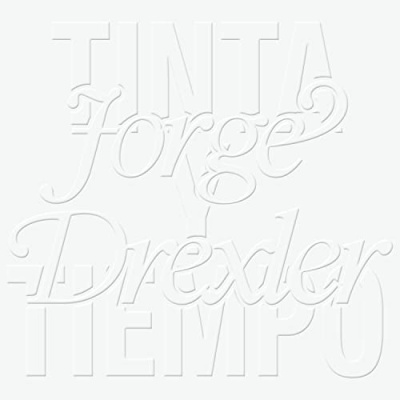