The asterisks following the words in the title to Mary Chapin Carpenter's seventh album of new material, Time* Sex* Love*, hide more words: the full title is "Time Is the Great Gift; Sex Is the Great Equalizer; Love Is the Great Mystery." If that sounds a bit overdone, it accurately introduces a collection given over to big statements. After four and a half years, Carpenter weighs in with a 73-plus-minute disc that thoughtfully examines important issues. Songs like "Simple Life" and "Maybe the World" take on the uncertainty of life at midstream, a subject also addressed in specifically careerist terms in "The Long Way Home" and philosophically in "Late for Your Life." But if that's the "time" part of the record, "sex" and "love" take primary place. Simply put, the better part of the album consists of torch songs that depict romantic and sexual obsession. Titles like "Swept Away" and "Slave to the Beauty" reveal the theme, and even attempted recoveries like "This Is Me Leaving You" reinforce it. The narrator of that song sounds like she'd be happier singing, "This is me crawling back to you." Working against the theme are the musical elements. Recording in Sir George Martin's Air Studios, Carpenter harks back to the Beatles' Rubber Soul for the album's sound, which lightens the mood. And her singing never supports the victimization in her lyrics, always maintaining its calm, murmuring tone. But the point is unmistakable. It's hard to see what any of this has to do with country radio, which, in any case, has been increasingly resistant to Carpenter. This album may not be a country blockbuster, ending the sleight of hand by which an artist who is essentially a folk-rock singer/songwriter has succeeded in Nashville, but it is a mature examination of life and love. 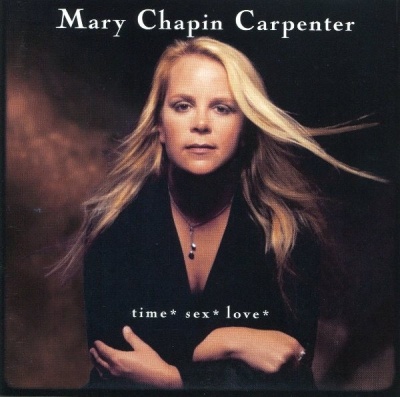