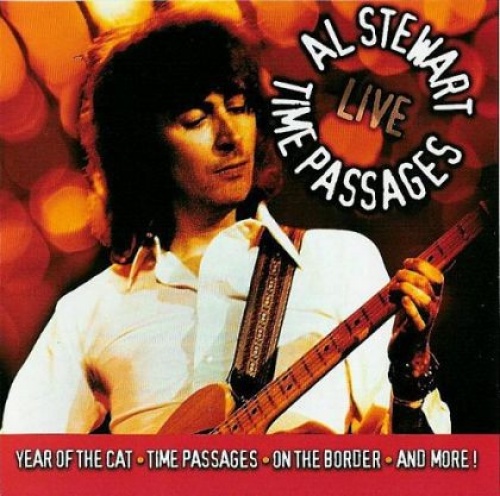 Time Passages Live is the earliest extant live recording of Al Stewart, licensed from Stewart himself and derived from a 1978 concert, along the tour promoting the then new LP Time Passages -- that album's title track, as well as "Valentina Way," "Life in Dark Water," and "Song on the Radio" (the latter offering a great Phil Kenzie sax solo), are all represented. Issued by BMG through its budget-priced Special Products Division, it's a genuine bargain, offering state-of-the-art sound (for its time) and a very solid song list, including highlights from the preceding pair of LPs -- there's no "Nostradamus" but there's a superb "Roads to Moscow," in addition to the ubiquitous "Year of the Cat" and "On the Border." And only in 1978, at a concert by Al Stewart, would a big portion of a rock concert audience applaud enthusiastically at the mention of Kurt Vonnegut's name (in the introduction to "Sirens of Titan"). The band also breaks up the seriousness of Stewart's originals with an enjoyable rendition of Henry Mancini's "Pink Panther Theme," spotlighting Phil Kenzie's sax.