Till Death Do Us Part Review

B Real: "Throw it on the wall/See if it sticks/If it don't work/Take another hit." Sen Dog: "Take another hit!" Those are not quotes. However, if Cypress Hill were to take the lead from every other MC who has declared honesty to be the only policy, the group might've included lines like that somewhere near the beginning of their eighth album. More restless than ever, fleeting flirtations with Jamaican music of most stripes -- dancehall, dub, and ska included -- are handled clumsily. The results are as mixed as the approaches. The most problematic moment of all is the missed opportunity that is "What's Your Number?," where Rancid's Tim Armstrong is drafted in to help replicate the dubby lope of the Clash's "Guns of Brixton"; though it would've been more fitting to hear B Real spit another grimy rhyme in this setting, he chooses instead to spin a tale of picking up a woman. The highlights all take place when the group sticks to what it does best, though the pro-weed moments keep on getting increasingly dire. The Alchemist-produced and Tego Calderón-assisted "Latin Thugs" is one example of the group retaining its strengths, since it's full of fire and swagger. All points aside, the album is strictly for the devout fan base. 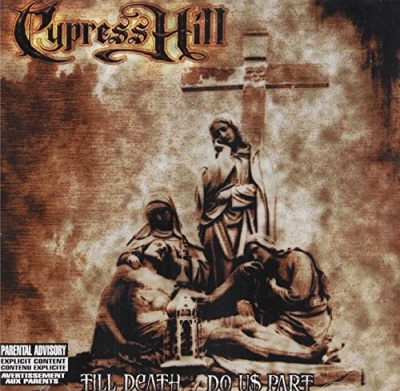 Till Death Do Us Part Album Information