Since the definitive three-LP box set Thundering Herds is out-of-print, this single CD is the best place for listeners to go first when starting to explore the music of Woody Herman. There are 16 selections from what was arguably his best band, his First Herd, and two numbers (including the original version of "Four Brothers") by The Second Herd. A few rarities (such as "A Jug of wine" and "The Blues Are Brewing") are mixed in with such classics as "Apple Honey," "Northwest Passage," "Your Father's Mustache" and a new version of "Woodchopper's Ball," but there is unavoidably a lot missing from this single disc, a set which will have to suffice until a more complete reissue series comes along. 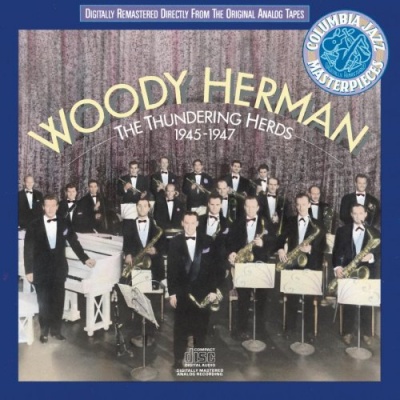