It has been observed that Broadway has long since become a group of virtual repertory theaters in which revivals of successful musicals from decades past rule the roost. The next-best thing to an outright revival, perhaps, is a "new" show based on old material and employing at least some of the old music. The Producers, the hit of the 2000-2001 season, fits that description, and so does the hit of the 2001-2002 season, Thoroughly Modern Millie. The work began as a movie musical written as a vehicle for Julie Andrews in 1967, using mostly vintage music true to its 1922 setting, but with a title song by Sammy Cahn and Jimmy Van Heusen and a few other newly written Jazz Age-style numbers. The trifle of a plot, about a small-town girl coming to the big city to seek a rich husband (ho-hum), was just an excuse to parade flapper costumes through production numbers. Although it tapped into a brief vogue for the 1920s in the mid-'60s, the film was more a curiosity than anything else. But young Dick Scanlon seems to have been entranced, and he eventually talked screenwriter Richard Morris into collaborating on a stage version. He also wrote lyrics to a bunch of new songs with Jeanine Tesori. The result remains weightless and retro, the best songs being the originals (which means Jay Thompson's "Jimmy" and Victor Herbert's "Ah, Sweet Mystery of Life," in addition to the title song). Gilbert & Sullivan and Tchaikovsky are also referenced. The cast is led by the aggressive Sutton Foster, who seems to be channeling film co-star Mary Tyler Moore, not Andrews. This is not a musical likely to be worthy of revival itself in 35 years, but it is deeply in Broadway tradition, a throwback to an earlier, sillier time. 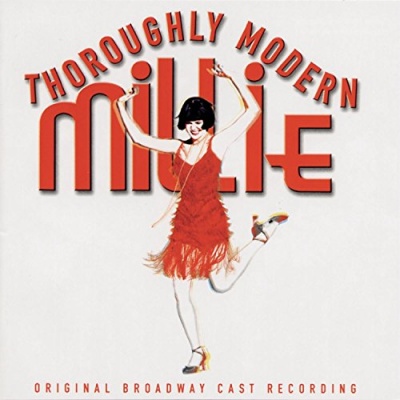