1976's THOROUGHBRED was Carole King's last album for Lou Adler's Ode Records imprint, and it's clearly a transitional release. Change was afoot in the musical air in 1976, and while there's no hints of punk or disco on THOROUGHBRED--which is a good thing--King is definitely moving away from the solo piano sound of her earlier solo albums. King's thumping, percussive piano playing is still all over the album, but guitars play a more prominent role than ever before. At times, the instrumental interplay resembles that of Fleetwood Mac, particularly Waddy Wachtel's Lindsey Buckingham-like solo on "Only Love Is Real." The songs themselves are in the eclectic style of 1973's all-over-the-map FANTASY, with the country-tinged "We All Have To Be Alone" and "Ambrosia" sitting comfortably between the slinky pop of "I'd Like To Know You Better" and the soulful "Still Here Thinking of You." 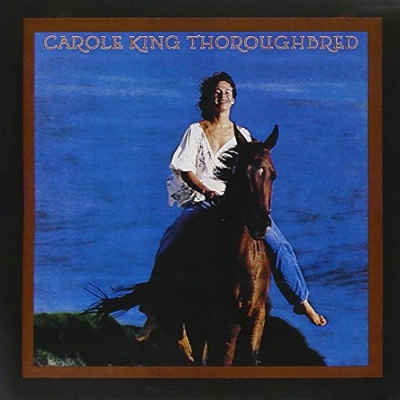