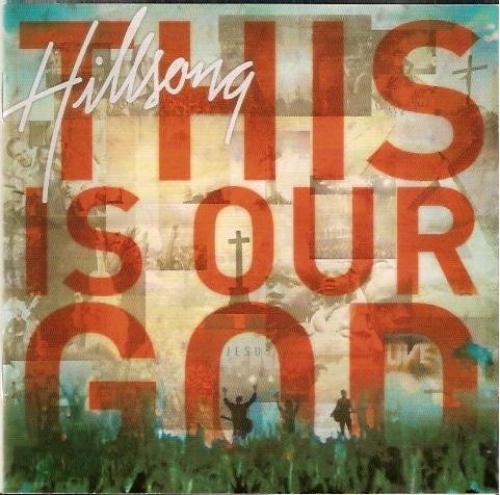 Thanks to clever branding and the fever-pitch phenomenon of Hillsong United, Hillsong Live's This Is Our God became one of the worship team's most hotly anticipated releases. It's the 17th time the church and its parishioners have recorded a live album, so it's not entirely surprising that the surprises are few and far between. The euphoria and pyrotechnics are plenty, as are the stadium-sized rockers and ballads, most of which have better, more memorable references in earlier Hillsong material. Interestingly, the role of worship leader Darlene Zschech is minimal -- the veteran only penned one song and sings on a couple. As a result, This Is Our God is all about the next generation, a cast of characters that includes Joel Houston, Brooke Fraser, Mike Guglielmucci, and other fresh-faced worshipers. Of these, Fraser continues to assert herself as one of the most reliable tunesmiths in recent Hillsong history: her contributions, "Desert Song" and "You'll Come," don't unfold as typical Sunday morning choruses, but as driving, thoughtful alt-rockers that run counter to the more predictable fare found elsewhere. For their part, Houston and Guglielmucci also hold their own in songs like "With Everything" and "Healer," respectively -- they're easily the best two ballads on This Is Our God. Just about everything else falls flat: the melodies, the songcraft, the poetry are all characteristic of the decade-old modern worship songbook -- very little is added to the fray here. The predictability causes one to wonder if Zschech's passing of the baton to newer Hillsong members is thoughtful delegation and nurturing, or just mere divide and conquer. Given the thousands of churches that adopt these songs as their own year after year, one can only hope it's the former.