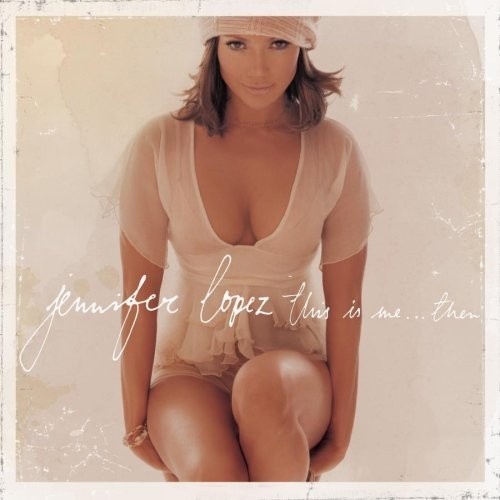 Don't pay attention to the title, which is absolutely nonsensical and bewildering -- it suggests that This Is Me...Then is a compilation, which it isn't, and it also suggests that this has some sort of theme, which it doesn't -- and concentrate on the music, which is the strongest, sultriest, best music Jennifer Lopez (who has abandoned the moniker J-Lo) has recorded for any of her three albums. This, of course, doesn't mean that it's a radical musical departure, though there are differences here -- the glitzy dance-pop has been phased out, there's a stronger urban soul vibe, particularly on the lush surfaces and sexy grooves -- but it does mean that the album has a solid set of songs and a sharp production pitched directly at the mainstream of 2002, yet with nice allusions to classic soul and early-'80s pop-funk and soft rock. Since Lopez is a celebrity and a regular feature on gossip pages in the early days of the 21st century, and since she's unabashedly mainstream -- her only attempts at street-cred are on the laughable lyrics to "Jenny From the Block," where she insists that success hasn't spoiled her yet and she's the same ol' Jen she's always been (if so, why the paparazzi on the back cover?) -- it's easy for some listeners to dismiss her, but it's harder to make to make a pop album as easily enjoyable as this. Sure, there are some flaws -- as mentioned above, "Jenny From the Block" is silly and no matter how much you love Ben Affleck, "Dear Ben" is unbearably mawkish -- but all mainstream pop albums stumble through filler. What counts is the overall feel and the highlights. Here, the feel is sexy, stylish, and fun, and there are numerous highlights, all feeling effortless. And if you think that's easy to do, take a listen to a few other pop-R&B albums from late 2002 (Stripped and Charmbracelet come to mind) and hear how good this record is.