This Guy's in Love Review

When Steve Tyrell's version of "The Way You Look Tonight" found its way onto the soundtrack for 1991's Father of the Bride, chances are he had no idea that it would eventually lead to a second career incarnation as a pop/jazz vocalist. After years of working in the shadows as a songwriter and producer, Tyrell suddenly found himself in the limelight with two successful albums of standards that were Top Ten hits on the jazz charts. His timing couldn't be better, as artists like Diana Krall sparked a renewed interest in pop standards and Tyrell's husky voice was a unique alternative to his smoother male counterparts. His fourth disc, This Guy's in Love, continues Tyrell's foray into pop standards and remains quite close to the winning formula he developed on his previous albums as he dusts off old gems like "Isn't It Romantic?" and enlists the instrumental help of famous friends like Clark Terry and Michael Brecker. The results are always pleasant, if not revelatory, as Tyrell's Dr. John-ish voice is what distinguishes these recordings from other similar standards discs. A minor addition to this set is the inclusion of two modern pop songs by his former Scepter coworkers, Burt Bacharach and Hal David. "This Guy's in Love With You" and "I Just Don't Know What to Do With Myself" fit comfortably amid the tunes of yesteryear, with Bacharach lending a hand as pianist, arranger, and co-producer. All the songs on This Guy's in Love are impeccably performed and lovely to listen to, yet never really embed themselves into a listener's ear. The arrangements rarely offer any new insights into these oft-covered songs, as Tyrell's voice remains the single defining factor, and after recording two similar collections, even that highlight has started to lose its allure. As with his songs for the Father of the Bride films, Tyrell's simplistic interpretations provide a nice romantic soundtrack that successfully hovers above the delicate line separating quality musicianship from lounge Muzak. With his experience, songwriting abilities, and vocal chops, Steve Tyrell has the ability to take a few risks in his newfound career and soar even further away from that ghastly border. 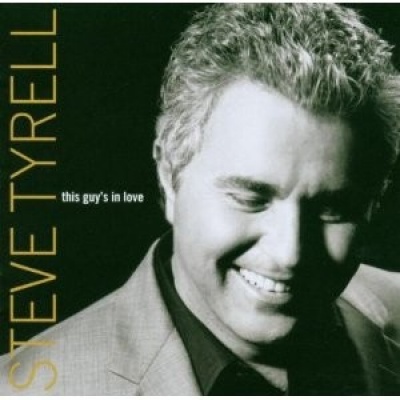 This Guy's in Love Album Information