The Yin and the Yang Review

A year after the breath of fresh air that was Wu-Tang Clan's The W, major members RZA and Ghostface Killah both deflated the balloon with mostly disappointing solo albums. At the tail end of 2001, Wu associate Cappadonna dropped his own sophomore joint, and though he does fulfill the promise in the intro that "you gonna hear a lot of different things," The Yin and the Yang can't break the increasing curse on Wu-Tang solo albums. Cappadonna starts off with a few string-heavy, soul-sampling productions by his usual partners (8-Off the Assassin, True Master, Neonek), spitting solid mushmouthed rhymes, trying (and usually failing) to capture the obtuse metaphysics of Method Man and Ol' Dirty Bastard. Of course, it's difficult to take the apocalyptic philosophizing on "Bread of Life" at face value, especially coming after a degrading track like "Super Model." The flip side of The Yin and the Yang is more promising; "Love Is the Message" is a distinct detour, sampling the hit of the same name by M.F.S.B. for an intriguing, swinging track. Cappadonna also joins forces with the So So Def crew (specifically, Jermaine Dupri and Da Brat) for another highlight, "We Know." Though his rapping ranks above the norm, The Yin and the Yang doesn't live up to expectations for Wu-Tang fans. 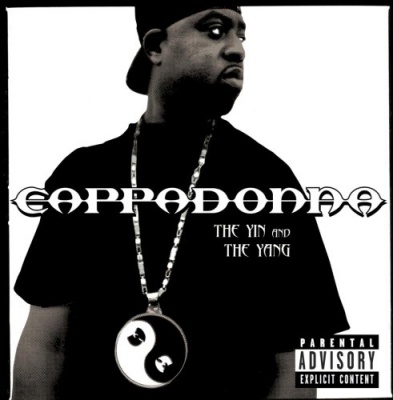 The Yin and the Yang Album Information