Simply put, this whopping ten-CD collection contains all five deluxe volumes in Sony Legacy's Woodstock Experience set. The artists -- Sly & the Family Stone, Johnny Winter, Jefferson Airplane, Santana, and Janis Joplin -- are each represented by a double-disc collection: the first album in each set is a classic studio album from the same period as the Woodstock Festival -- in Sly's case, it was Stand!, in Santana's it was their debut set (which wasn't out yet), in Joplin's, I Got Dem Ol' Kozmic Blues Again, Mama!, in the Airplane's it was Volunteers (also not out yet), and Johnny Winter's representing his debut as well as a preview of his forthcoming Second Winter LP. Each of these classic albums is the standard remastered edition but packaged in an LP sleeve. The second disc in most cases -- the Airplane, whose set was much longer than anyone else represented here is the exception -- is the complete, unexpurgated Woodstock performance wonderfully remastered and mixed by Eddie Kramer. For classic rock fans this is the mother lode; however, given the price tag, most folks will more than likely pick and choose the volumes by their favorite artists and let the box slide for now. 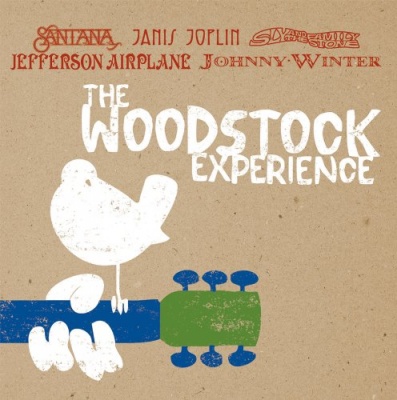