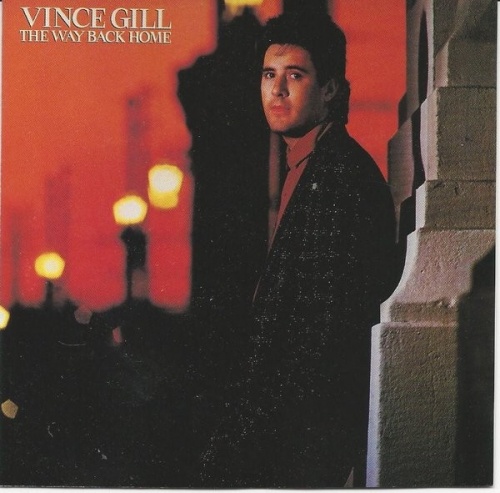 This early document by Vince Gill (his second proper solo full-length) on RCA, a couple of years after he left Pure Prairie League, offers solid hints of the storied career to come. Gill is one of the architects of the genre known as contemporary country, and The Way Back Home reveals that he was clearly trying something different to break out. But it also tells the story, in a much more subtle manner, that he is deeply steeped in the country music tradition. On The Way Back Home he was still trying to gain his footing as a solo artist -- his excellent instrumental skills also established him early on as a top-flight session player. Produced by Emory Gordy, Jr., the sessions host a virtual who's who of the session crowd Gill was running with at the time: Rodney Crowell, Rosanne Cash, Emmylou Harris, Bonnie Raitt, Andrew Gold, Sweethearts of the Rodeo, Roy Huskey, Jr., Jay Dee Manness, Lee Sklar, and many others. Gill wrote five of the nine cuts in this set; others were contributed by Guy Clark, Hank DeVito, Reed Nielsen, and Paul Anka! The sound is basically in the laid-back soft rock vein that the latter Pure Prairie League tunes were in, as well as those of the mid-period Eagles. That may not sound like a big deal in the 21st century, but bringing these sounds to country radio at that time was nothing less than revolutionary. Crowell, Cash, and DeVito had helped pave the way with their early songs and recordings, but Gill was clearly trying to cross over, and he was sure to succeed, given his songwriting skill (take a listen to "The Radio" and you'll hear the ballad style that permeated the contemporary genre later on) and his ability to meld and fuse honky tonk, rockabilly, countrypolitan, and bluegrass with pop. The production on this set sounds a bit dated, but the songs endure for the most part, in particular the mournful acoustic ballad that serves as the title cut; the rollicking "Let's Do Something"; and the completely wonderful closer, "Something's Missing."