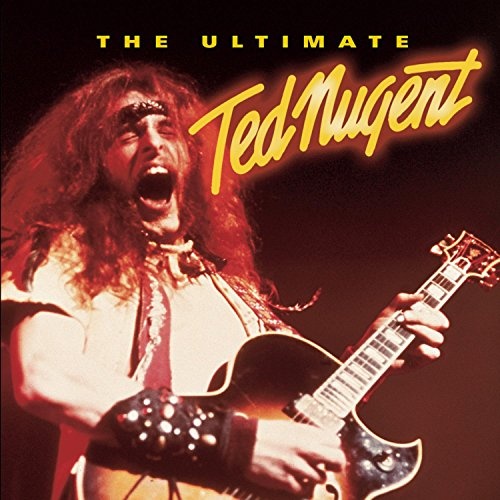 Epic/Legacy's double-disc set The Ultimate Ted Nugent falls short of its billing for a couple of reasons. First of all, even if the sound is very good, there are no liner notes -- just shots of Ted doing his guitar-face on-stage, plus pictures of his Epic albums. Second, this concentrates just on his Epic recordings, without dipping into the Amboy Dukes, while also ignoring latter-day recordings for other labels, including his manly tribute to the great hunter, "Fred Bear" (if you live in Michigan, where you can't go a day in hunting season without hearing this song, you know this is a crucial omission). So, what do you get? A double-disc collection of Ted the "wildman" at his peak -- which is good for those that just want the prime and the prime only, but it's a bit much for those that just want hits. As far as music goes, it's pretty good, since it does have those basic hits, but it's still a bit much and it could have been produced with a bit more care.