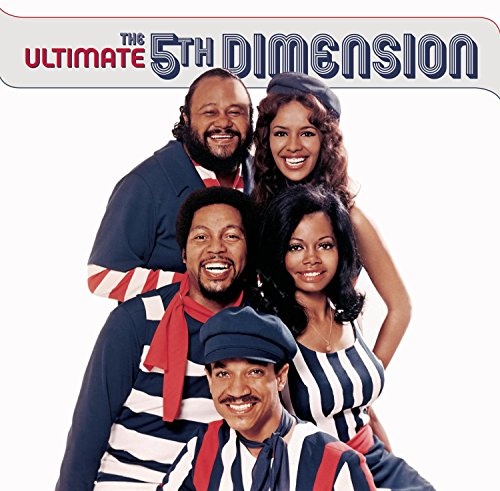 The 5th Dimension were just about the most successful harmony group of the 1960s and The Ultimate 5th Dimension is easily the most comprehensive single-disc collection on the market. It documents the heyday of the group, mostly their late-'60s tenure with Johnny Rivers' Soul City label and a few tracks from their '70s stay at Bell, and it focuses on their singles -- their hit singles, that is. Each of the 20 songs here (the 21st track is a previously unreleased song, "Then You Can Tell Me Goodbye") was a Top 35 hit or better. "Aquarius/Let the Sun Shine In" and "Wedding Bell Blues" were their number one smashes; they also had four more Top Ten hits. Even more importantly, they had so many great songs. Their sunny harmonies and lush arrangements gave songs like Laura Nyro's "Sweet Blindness," Jimmy Webb's "Paper Cup," and Neil Sedaka's "Workin' on a Groovy Thing" a light, happy feel that makes them the very definition of "good-time oldies." The disc features liner notes with new interviews with original members of the 5th Dimension, rare photos, and improved sound and is compiled by the group's producer, Bones Howe. This collection is a perfect introduction to the group and should be on every pop music fan's wish list. Even if you already have all their first five albums (which Buddha so graciously reissued before going belly-up and BMG Heritage has kept in print), you will want this disc, since it distills their career into about an hour or so of pure, heavenly gold.