The Tree of Life Review

The Trinity Choir heard on this recording is not the Choir of Trinity Church in New York or one of the other church-associated groups using this name, but a handpicked group assembled by Canadian countertenor and conductor Daniel Taylor in 2015. Like Taylor himself, some of the choir's members have passed through such top-flight a cappella groups as the Tallis Scholars, the Sixteen, and the Monteverdi Choir of Taylor's teacher, John Eliot Gardiner. The level of singing is about what you might expect from such personnel, and Taylor keeps a thread of energy moving through a CD's worth of exclusively slow-moving material, no small feat. The nature of the program, however, is where Taylor moves beyond previous releases. This is a Christmas-season release; the Tree of Life of the title is Jesus Christ, referenced explicitly in Elizabeth Poston's luminous Jesus Christ the Apple Tree. The framework of the program is provided by Arvo Pärt's Seven Magnificat-Antiphonen of 1991, a set of pieces designed to be performed one per day prior to Christmas; they're a bit more linear than most of Pärt's other music, using cluster-like dissonances and then suddenly clarifying them in the service of textual ideas. Sample one of these (perhaps "O Adonai") for the basic sound. Here, they are surrounded mostly by other works of holy minimalism (if you're wondering who the "JoŸ Tavener" in the CD track list might be, he's just an erroneously printed John Tavener). But Taylor reaches back to the Renaissance, reversing the usual proportion where Renaissance motets have contemporary pieces sprinkled along the way. This has a rather uncanny effect: the works by Jean Mouton and Robert Parsons deepen the contrapuntal texture a bit and seem to heighten the mode of reflection that is the unifying idea of the whole. The album ends with the monophonic hymn Veni, Veni Emmanuel, asserting in purer form the connection of contemporary minimalism to the earlier music of the church. The distance from the usual Christmas music conventions and the freshness of the program are so great that you might easily listen to this outside of the holiday season. Highly recommended. 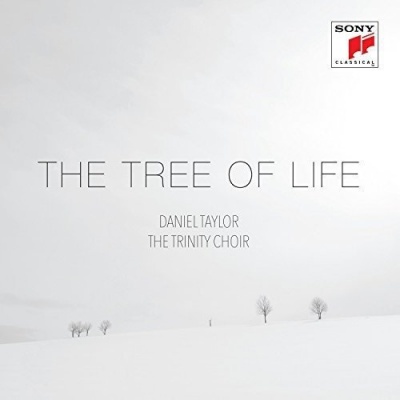 The Tree of Life Album Information