Hans Zimmer's Oscar-nominated score for reclusive director Terrence Malick's ambitious James Jones adaptation -- only the director's third film in 25 years -- is one of his most subtle and sophisticated yet. Then again, it's not as if the German-born composer has ever been known as a master of bombast or overstatement -- Max Steiner he is not (among other works, he penned the award-winning soundtracks for Rain Man and The Lion King). Unlike the scores for most other war movies (The Thin Red Line is set during World War II), the action in Malick's elegiac epic is driven mostly by the action itself (heated exchanges between characters, sudden eruptions of devastating violence) and not the music. The soundtrack, which consists primarily of long, string-laden pieces, also includes one of the film's mesmerizing chants, which were so popular that a separate recording, Chants From The Thin Red Line, consisting entirely of chants by the Melanesian Brotherhood and the Choir of All Saints, was released in conjunction with this recording. 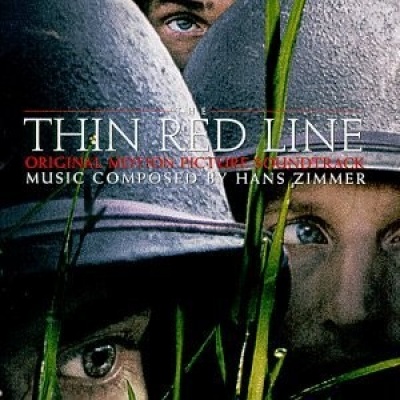