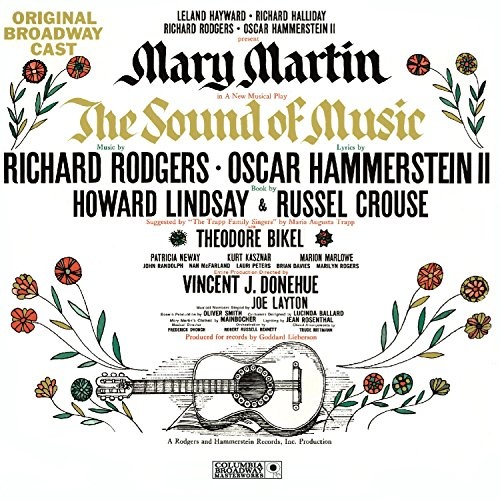 The Sound of Music was a huge hit in 1959 for Rodgers & Hammerstein and a highlight in the remarkable career of Mary Martin. The book by Howard Lindsay and Russel Crouse was based on Maria von Trapp's autobiography. It's a rather cloying story that involves nuns, Nazis, and seven cute kids, but it has pleased audiences for years. The title song, "Climb Every Mountain," "My Favorite Things," "Do-Re-Mi," "Sixteen Going on Seventeen," and "Edelweiss" all entered the culture through this score. The cast album features Theodore Bikel in the romantic lead, which unfortunately became a non-singing role in the subsequent film.