The Sound of Love: The Very Best of Darlene Love Review

Phil Spector had written, played guitar, and sung backup vocals on 1958’s “To Know Him Is to Love Him” (which hit the top of the pop charts that year) as part of the Teddy Bears, and he worked for a time as part of the production team for Leiber & Stoller, co-writing “Spanish Harlem” for Ben E. King and playing guitar on the Drifters' “On Broadway,” and he produced minor sides for LaVern Baker and Ruth Brown, among others, but there was really little to distinguish him from any number of other hopefuls clustered around the pop music scene in 1961 when he formed his own label, Philles Records. But Spector was driven, single-minded, and stubborn, and he had a sound in his head. Now with his own label in place, he set out to record a series of singles he termed “little symphonies for the kids” that are now regarded among the most distinctive and influential recordings in the history of pop music. Combining massed pianos, guitars, string arrangements by Jack Nitzsche, tons of layered percussion, and huge washes of echo, working with the West Coast’s best session players (including Hal Blaine, Tommy Tedesco, Larry Knechtel, Leon Russell, and Harold Battiste -- the so-called Wrecking Crew), and leaning heavily on his engineer Larry Levine to catch all of this in the small confines of Gold Star Studios in Los Angeles, Spector developed his “Wall of Sound” production approach, controlling every aspect of the recordings until, even though he wasn’t singing or even playing an instrument, they became -- in essence -- Phil Spector records. This is not to diminish the singers he used -- Darlene Love, in the case here. This 17-track set collects several of his Philles releases with Love (under her own name, as well as the Crystals and Bob B. Soxx & the Blue Jeans featuring lead vocals by Love), including the classic “He’s a Rebel,” which did as much as any song or recording in the decade to establish a template for girl groups. Spector's powerfully precise productions only work because there was a singer out front, though, and Love -- even if in Spector's eyes her voice was simply another instrument in his little symphony -- brought everything to sassy life with her singing. This collection features 14 tracks with Spector, along with a pre-Spector track by Love's first group, the Blossoms (“No Other Love,” produced by Tom Morgan), two post-Spector tracks by the Blossoms (“Good Good Lovin’” and “That’s When the Tears Start,” both produced by Jimmy Bowen for Reprise Records), and her 1977 Spector reunion single “Lord, If You’re a Woman.” It’s a small legacy that Love recorded with Spector, but it’s an important one. 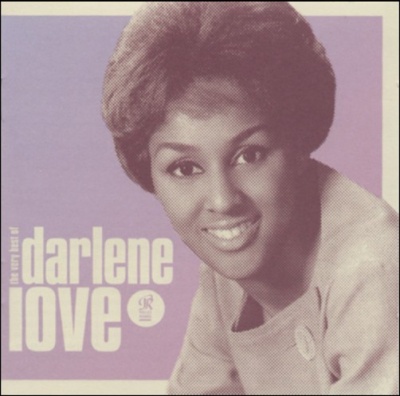 The Sound of Love: The Very Best of Darlene Love Album Information