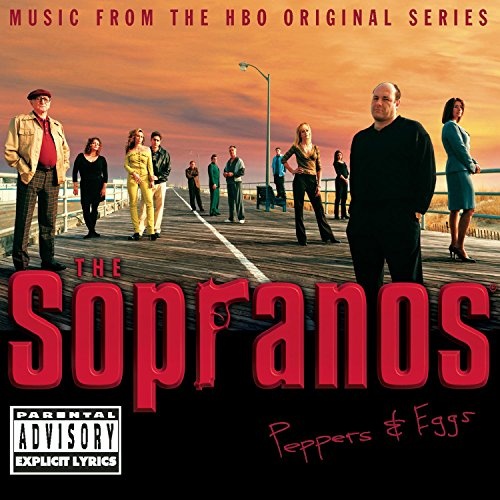 At the end of each episode of The Sopranos, a different song plays under the credits. Sometimes the song has been featured elsewhere in the episode, sometimes it is first heard at the end. What the songs have in common is that none of them are mentioned in the credits. Viewers may recognize the familiar ones, a song by Otis Redding, say, or Them's "Gloria." But many are unusual even if the artists are well known, and others are hard to identify. Some, in fact, are special to the series. Now, puzzled and intrigued viewers can be satisfied by this two-CD set, the second collection of music from The Sopranos, which ranges from opera singer Cecilia Bartoli performing a Vivaldi aria to Bob Dylan turning in a shambling, newly recorded version of the old Dean Martin hit "Return to Me," complete with a verse in Italian. As was true of the first album, this one is full of artists like Dylan who rarely agree to let their material be licensed, among them the Rolling Stones and the estate of Frank Sinatra. Some of the songs bear at least a glancing relationship to the subject of the series, such as the Kinks' "Living on a Thin Line" and the remarkable opening track, a medley of the Police's "Every Breath You Take" and Henry Mancini's "Theme From Peter Gunn." Others are just terrific, or at least ear-catching works. The moral contradictions of the series are exemplified by the segue from Pigeonhead's "Battle Flag" that makes prominent use of a 13-letter word that helps earn the album a parental advisory sticker, to the Campbell Brothers with Katie Jackson's "I've Got a Feeling," a gospel number. As on the series, somehow it all holds together without anybody getting hurt. Most of the time, that is.